3.1.1 All NIHL games will be played; FORFEIT GAMES ARE NOT ALLOWED. Any NIHL game that is not played as scheduled is to be rescheduled as soon as possible. Any postponement of game must be done at least 24 hours prior to game time (except in case of inclement weather). If a game is postponed for any reason, it must be rescheduled before the end of the regular season or seeding round, as applicable.

3.1.2 All scheduled NIHL games must be played in a timely manner and all teams must fully participate in such games. THERE ARE NO FORFEITS ALLOWED IN NIHL GAMES! The Rules & Ethics Committee shall have the authority to: (1) review circumstances relating to possible forfeits and the steps taken by the teams to play the game, (2) determine when and where an unfinished and potentially incomplete game is to be played, (3) make recommendations to the Board of Directors on how “points” for a game, subject to a potential forfeit, will be awarded, (4) recommend the incomplete game is judged to be “detrimental to hockey”, (5) assess a fine not less than $250 against any member organization’s team that flatly refuses to play another team in league play; and (6) take such steps to protect the integrity of NIHL.

3.1.2.1 Policy Interpretation: This rule gives the Rules & Ethics Committee (after investigation) the ability to impose sanctions against players, coaches, teams, managers, and organizations which may include but are not limited to:

3.1.3 Both teams are responsible for scheduling the game, but the team cancelling or causing the scheduled game not to be played, shall have the greater responsibility to make concessions to the convenience of the non-cancelling team, and must make every effort to play the game at the originally scheduled home team’s rink. The HOME TEAM is responsible for recording the rescheduled game on the NIHL electronic system on or before the date and time for which the game is rescheduled. Teams having difficulty in rescheduling a game should promptly notify their NIHL representative, who shall contact the opposing team’s NIHL representative, to settle the matter between the organizations. All games must be played within the dates specified in the NIHL calendar. If the matter cannot be settled between the NIHL representatives, they should contact a member of the Rules & Ethics Committee assigned to that area. The Committee may determine the party which failed to cooperate and fine the member organization. Any potential forfeit is subject to the jurisdiction of the Rules & Ethics Committee.

3.2 Each year the Executive Board shall establish the NIHL season which may be divided to accommodate tiering among its members. All games are to be played by or on the final day of the regular season or the end of the seeding round. Final standings, determining eligibility for and placement in the tournament, are to be based on games played by the close of the season and properly reported. If there is sufficient time between the close of the season and the beginning of the tournament, and if games that could affect participation in the tournament remain to be played, the Tournament Committee may give approval for the game(s) to be played and included in the standings.

3.3 Any organization with outstanding fees greater than $100 after the September Board of Directors Meeting will not be allowed to schedule its teams.

3.4 During any Scheduling meeting:

3.4.1 Each member organization will be limited to one (1) scheduler per team plus one master ice scheduler. Any additional attending members may be asked and will be required to leave the scheduling meeting.

3.4.2 All organizations must have one master ice scheduler present at all Scheduling meetings. Failure to do so will result in a $500 fine to the organization involved.

3.4.3 A scheduler is required to be present and ready to schedule games for each team, at the appointed time. It is insufficient to have one scheduler present for two teams schduling at the same time. If, on any day of scheduling, the person designated to schedule a team’s games does not show up, the following fine will be assessed: Up to a maximum of $1,000 and mandatory appearance of that organization’s President or designated person before the NIHL Rules & Ethics Committee.

3.5 NIHL consists of numerous member organizations, some located near each other and some located several hours away in travel distance. NIHL Seeding Round, Regular Season and Tournament games (for single-elimination Tournament games hosted by the higher seeded team) may be played on weeknights or on weekends. Games played on weeknights (Monday through Friday) must start between 6:00 p.m. and 9:00 p.m. Games in Midget divisions may start as late as 9:30 p.m. on weeknights. Games played on Saturdays must start between 8:00 a.m. and 9:00 p.m. Games played on Sundays must start between 8:00 a.m. and 8:00 p.m. However, teams of “Affected clubs” (as defined in paragraph 4.18.1); are not required to play such games on weeknights (Monday through Friday); Saturday and/or Sunday games shall not be scheduled to start before 9:00 a.m. and Sunday games involving such teams shall start on or before 3:00 p.m. Participating teams may voluntarily agree to start times outside this rule but are not required to do so. This Rule does not apply to Tournament Round Robin, Championship, or Consolation games. 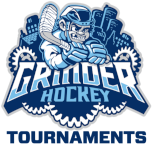 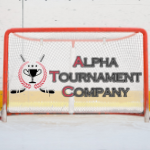